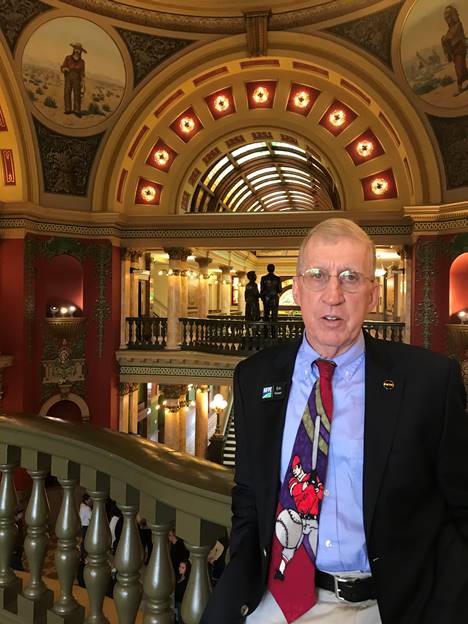 On balance it was a pretty good session.  With one ugly exception.

(1)  The legislature passed the state and university employee pay plan exactly as we had negotiated with the governor and passed it early in the session.   Yes, this was an exceptional event.

(3) With two courageous member legislators leading the way, the legislature refused to buy into a bizarre pre-k privatization scheme modeled after Alabama.  Why would we want to look like Alabama?  Why would we let a scheme contrived in Alabama directly challenge our constitution?  The governor swam out of lane here.  And where was our incumbent superintendent of public instruction during this whole let’s look like Alabama thing? A bill that would have cut her office out of administrative authority over all pre-k in Montana.  Maybe she really wants us to look like Alabama but dared not say so.  We must end this frivolous, incompetent performance in the next election.

(4)  Thank God for the Republican “Solutions Caucus.”  Yep, working with the governor and legislative Democrats, a number of Republican legislators made the  difference passing bills of enormous note funding Medicaid Expansion, infrastructure, and Montana Heritage Center and museums statewide.  Amazing.

But the legislature, including members of the “Solutions Caucus” continued to slavishly surrender to the Montana gun lobby passing bills to weaponize conceal carry legislators anywhere they might want to go in state owned buildings especially the state capitol and prohibit local governments, including schools, from regulating conceal carry in their public buildings.

The governor vetoed the bad guns bills that he could.   Unfortunately, one of the two gun bills prohibiting local governments from regulating conceal carry passed as a legislative referendum, now LR 130.  Stay tuned.  This union of public employees working in school, county, and city buildings everywhere in Montana will do what we can to defeat this deplorable bad gun legislation when (if not before) it appears on the November 2020 general election ballot.