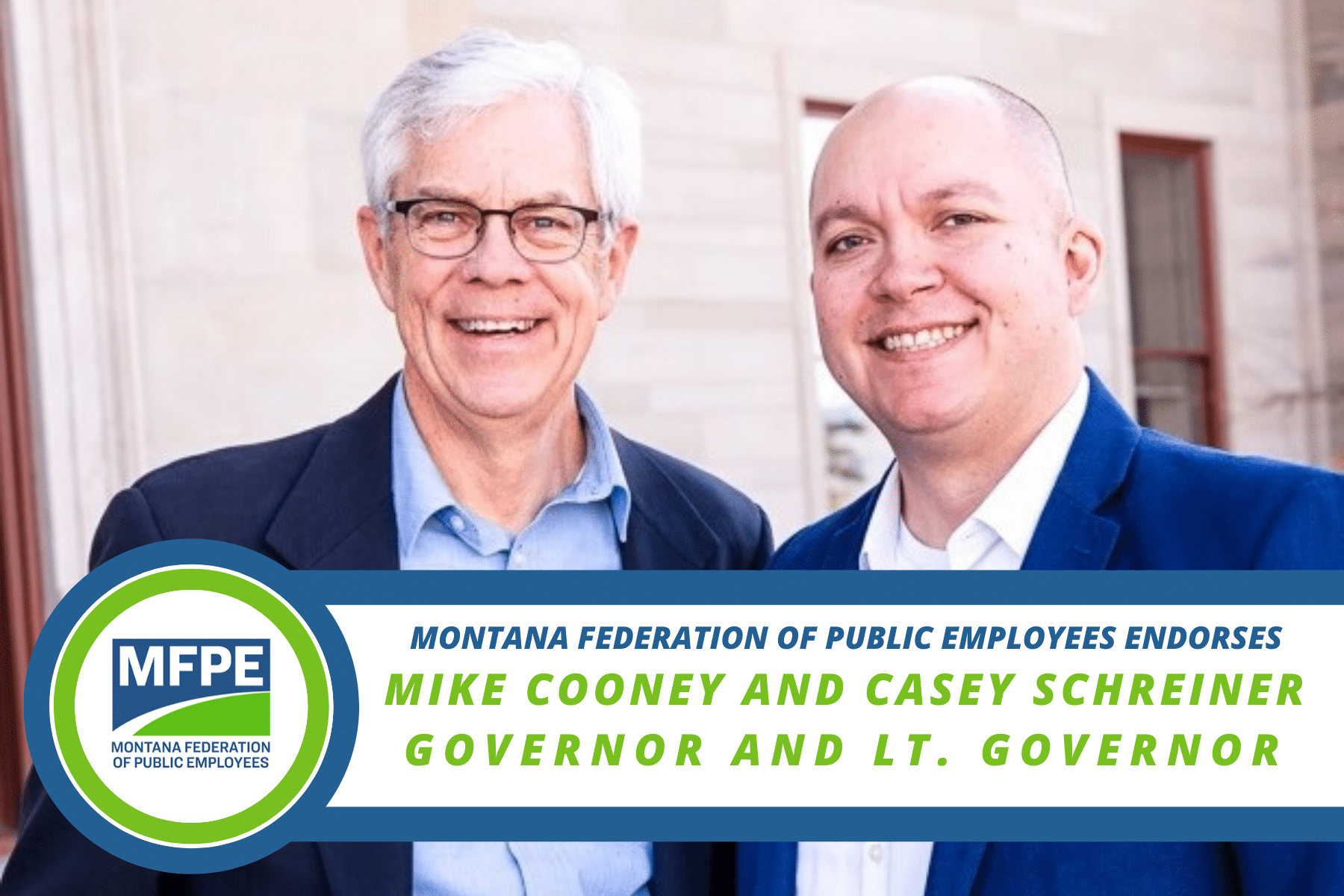 “We know Mike,” said President Eric Feaver. “We have worked with him throughout his long, distinguished career in public service, from the legislature, to Secretary of State, to the Montana Historical Society, to the Montana Labor Department, and now as Lieutenant Governor. Mike knows Montana.  Mike knows good government.”

“A long time ago, we encouraged Mike to run for governor because we know he will serve all Montanans – Republicans and Independents, as well as Democrats. We are further delighted Mike chose another experienced political leader with impressive legislative credentials, former public school teacher Casey Schreiner, to be his running mate.”

The decision to endorse Mike Cooney for governor was made following in-depth interviews conducted by MFPE member-leaders. The interviews focused on where the candidates stand on important issues facing MFPE’s diverse membership including teachers, law enforcement, and health care professionals working in public institutions across all levels of Montana government.

“We like Mike and we are going to do whatever we can to help get him elected,” said President Feaver.