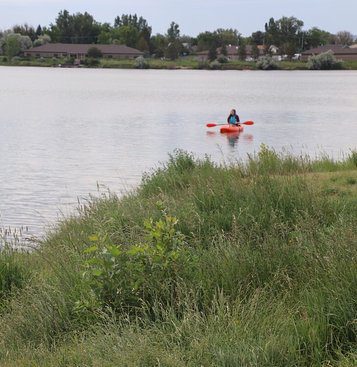 Yellowstone County Sheriff’s Office Detective Troy Charbonneau, an MFPE member, was kayaking on Lake Elmo Tuesday while off-duty when he noticed a boy struggling to keep his head above water. Charbonneau acted quickly and without hesitation to rescue the boy from drowning.

The Billings Gazette is reports:

Charbonneau has been on the force for 18 years, and has found himself in these situations before.

He mentioned a time years ago where he was walking his dog around a neighborhood in Billings when he found a child collapsed on the ground, unconscious and not breathing.

He began CPR, and first responders quickly arrived and took over. The boy had suffered complications from a heart condition, but he lived, Charbonneau said.

Another incident came while he was off-duty, when he heard about a boy falling off the Washington Street Bridge and into the Yellowstone River. He decided to help, and called out to the boy who was struggling to stay above water. He was able to find a small island to hoist himself up on as rescuers launched a boat into the river.

Whether on or off the clock, MFPE members do work that matters.